2600 Gallons hidden under the deck in Carmel Valley 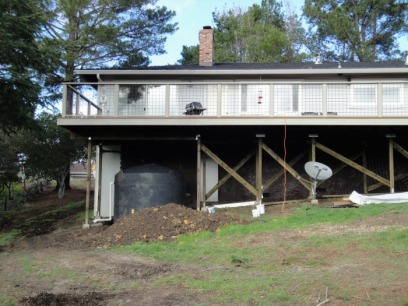 2650 Gallon Tank under deck
Here are forward looking owners going through a remodel and on the architects plans have a cistern planned for installation under the new deck.  Six weeks later the cistern is in place and ready to capture rains from El Nino.  The RWH system was designed by Roger Manley of Central Coast Rainwater Harvesting and installed by Precision Plumbing 831-633-6145.  This cistern was specially ordered black to avoid algae, has a leaf eater to screen incoming downspout water, has a 5 gallon first flush system, has a quieting inlet, and a floating extractor.  The cistern will be connected to a compression pump with Banjo quick disconnect hoses.  The site was prepared by having the ground excavated and compacted with decomposed granite.  By the time spring comes around and the homeowners have decided what their drought tolerant garden will be composed of they won't have to worry about water!  Last, but not least, this rainwater harvesting system will qualify for $650 rebate from the Monterey Peninsula Water Management District. 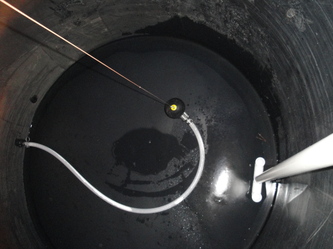 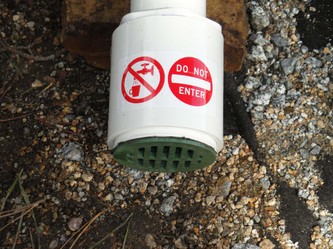 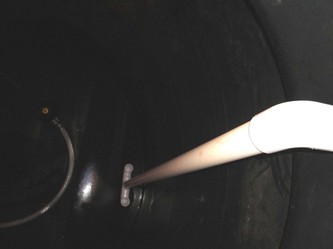 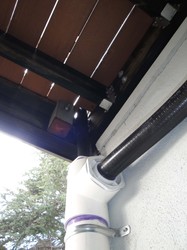 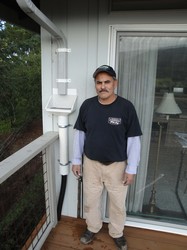 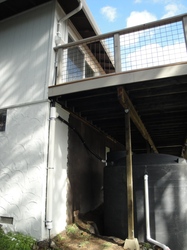 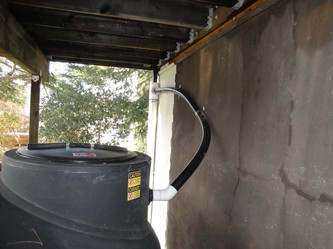 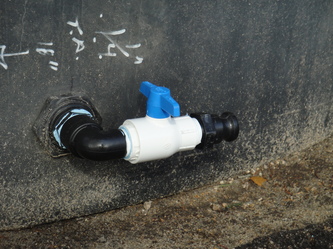 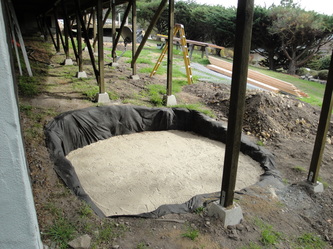