Garden Solutions Landscaping installed a 10,000 gallon system in Carmel near Carmel Valley Middle School.  We excavated the site and built a stable, level pad for the two tanks made with 4" of compacted base rock and 2" of compacted decomposed granite on top.  Two 5,000 gallon Bushman tanks were delivered and rolled into place on the pad.  Five downspouts around the house collecting rainwater from approximately 2,400 square feet were installed with Leaf Eater Advanced filters.   Trenches were dug and the 3" PVC pipe was set underground and installed between the downspouts and tank.  An 18 gallon First Flush was placed underground to capture the initial "dirty" runoff before the clean rainwater flowed into the tanks.  This was designed as a "wet" system, but with the in-ground First Flush emitting water, the system will become "dry" after it stops raining.  Flexible gaskets were installed for the inlet and overflow pipes.  Flexible PVC was installed connecting the two tanks with Banjo ball valves and quick connect/disconnect hardware.  Flexible gaskets and PVC hose is used to avoid damage to pipes due to earthquake and settling.  The tanks were cleaned and a floating extractor (pre-filter to the pump) was installed.  A Grundfos MQ3-45 pump was installed to pump water to the irrigation system around the home.  When the pump turns on and suctions water it is captured by the floating extractor about 8" below the surface where the water is very clean.  After the pump we installed an Amiad 100 micron filter to further capture any very small debris before it is sent to the irrigation system and the drip emitters.  Pressure gauges were installed on each side of the 100 micron filter to identify when it needs to be cleaned.  A water level gauge was installed for the owners to easily identify the water level inside the tanks from a distance.  Non-Potable water stickers were installed on each tank.  Confined Space stickers were installed next to each tanks man-way.  Garden Solutions created and delivered an Operations Manual to the home owners at the end of project. The pictures below represent the project from beginning to end. 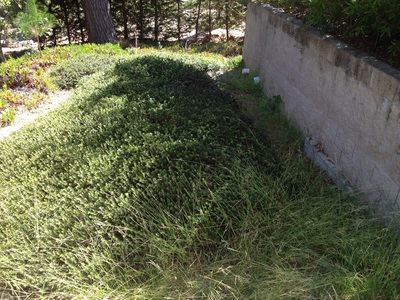 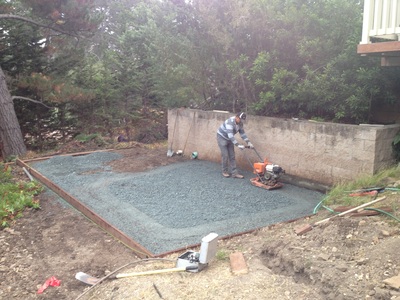 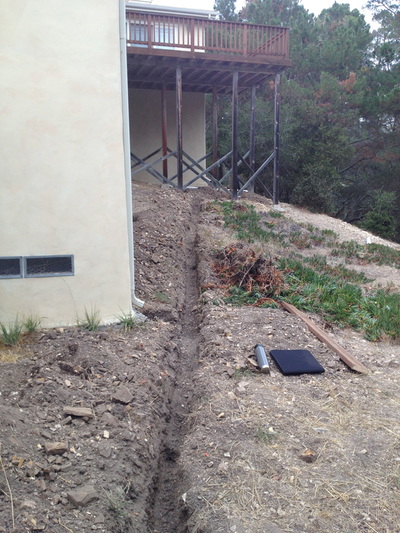 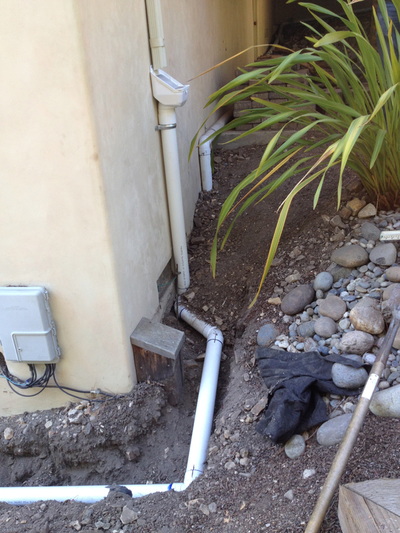 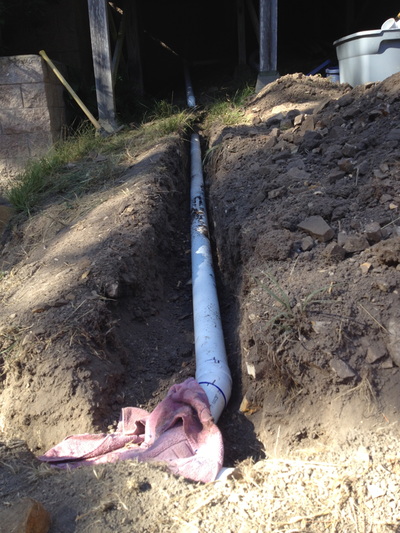 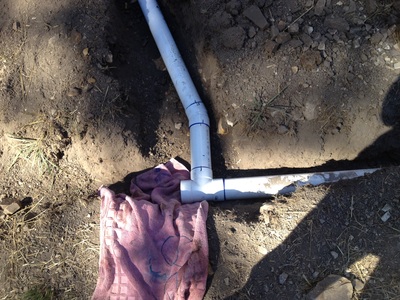 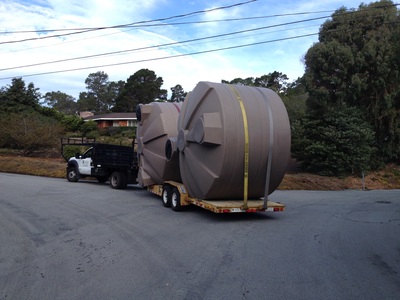 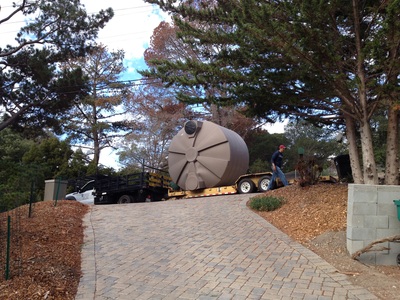 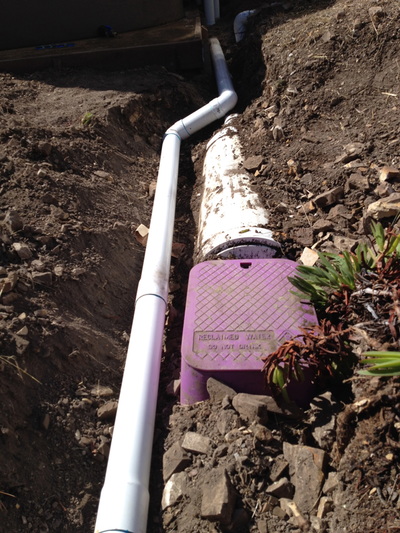 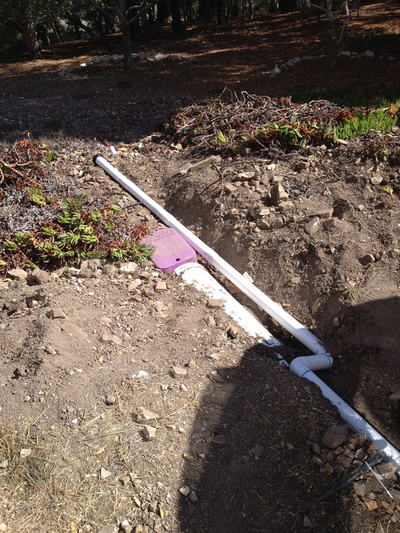 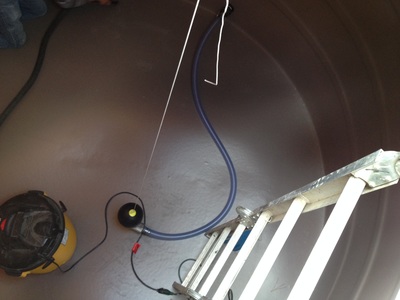 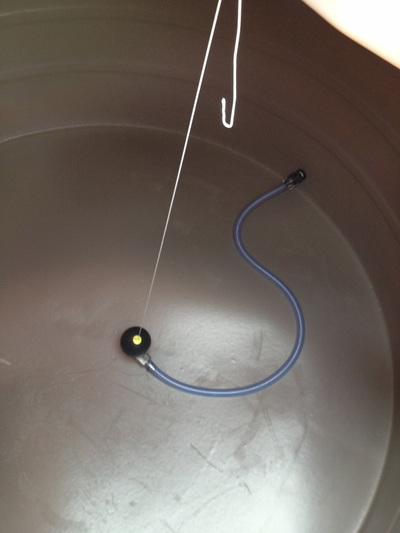 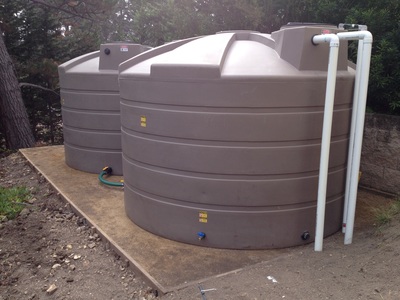 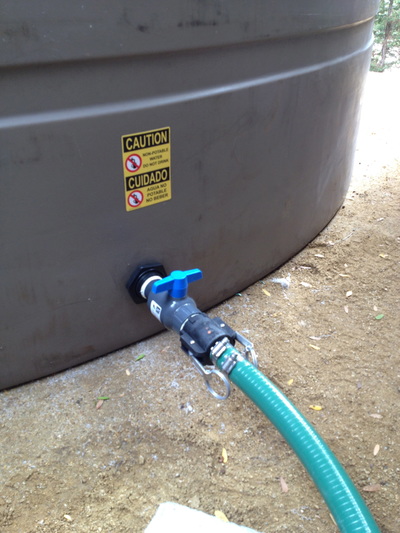 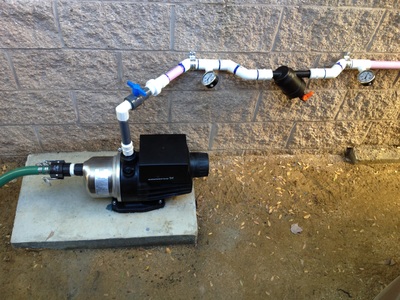 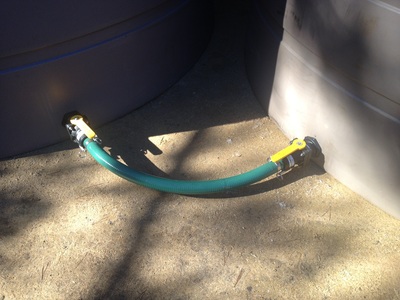 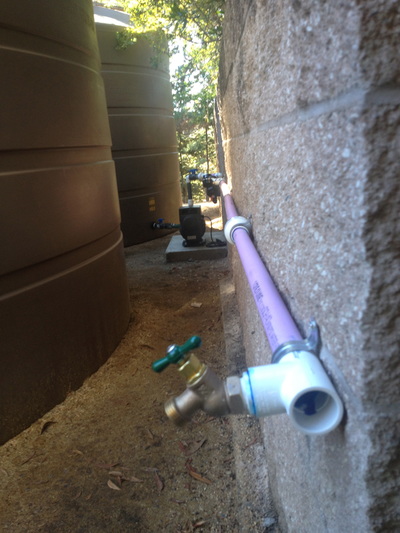 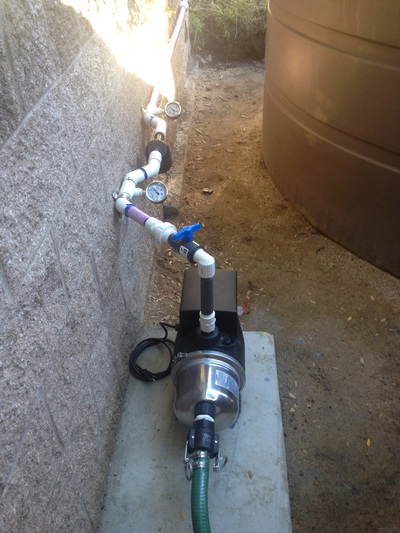 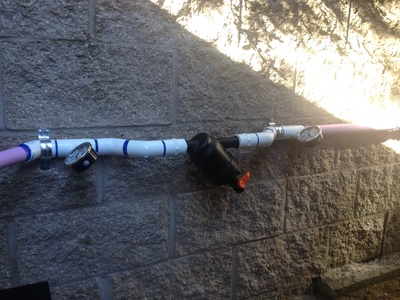 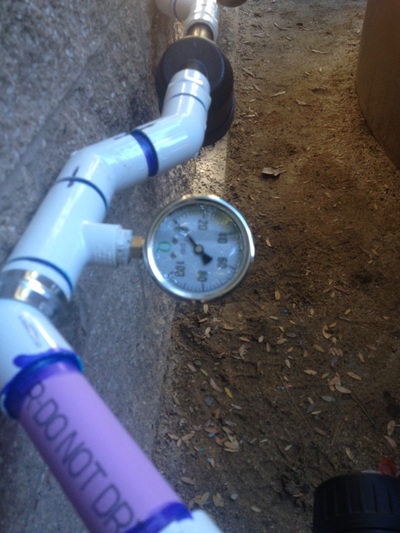 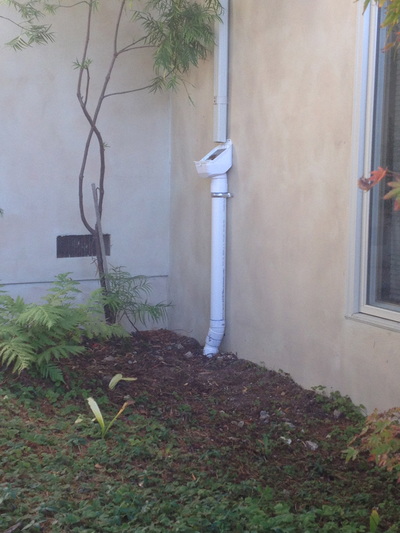 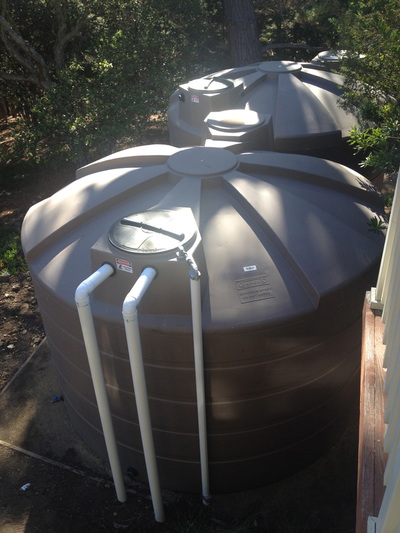